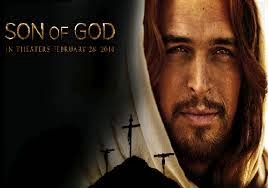 Now, "Son of God" the larger-than-life story of Jesus gets a larger-than-life treatment in the stand-alone feature SON OF GOD. Told with the scope and scale of an action epic, the film features powerful performances, exotic locales, dazzling visual effects and a rich orchestral score from Oscar®-winner Hans Zimmer. Portuguese actor Diogo Morgado beautifully portrays the role of Jesus as the film spans from his humble birth through his teachings, crucifixion and ultimate resurrection. This movie has been able to bring leaders together with support from across all denominations. The producers, Mark Burnett & Roma Downey focused from the very beginning on creating an experience that would be shared by all. Son of God movie trailer 2014 is presented in full HD 1080p high resolution.

Cieon Movies is your daily dose of everything movies with an extended selection of officially licensed movie trailers and movie clips.